← more from
EROTOTOX DECODINGS
Get fresh music recommendations delivered to your inbox every Friday. 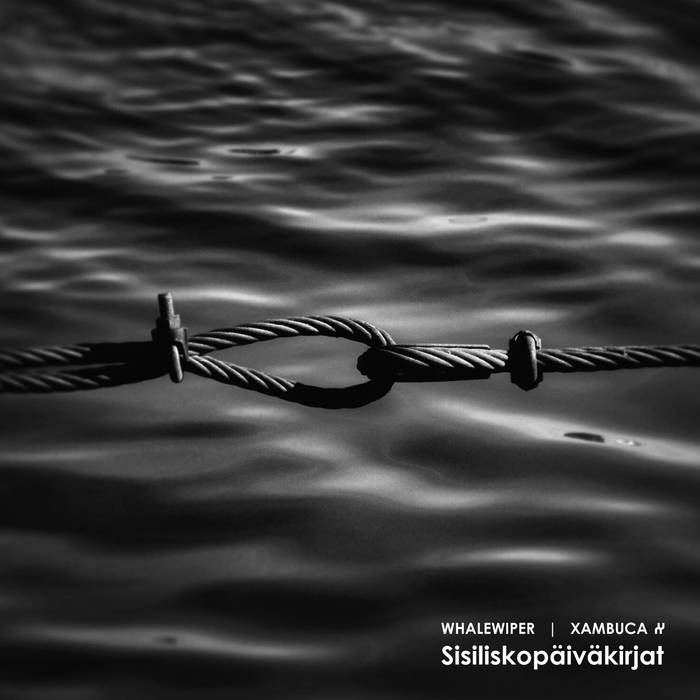 This is a collaborative effort between WHALEWIPER (Petri Viitala) and XAMBUCA (Chandra Shukla) who agreed to do this record back in April of 2017 when mutual friend and mentor Mika Vainio tragically passed away in Trouville-sur-Mer, France. The title 'Sisiliskopäiväkirjat' translated into English from Finnish reads as 'Lizard Diaries', and is a direct reference to Mika having had a lizard tattoo on his left arm and coincidentally being visited by lizards a day after his death. Both were unlikely candidates to ever meet in real life but the death of Mika Vainio brought them together in dialogue, resulting in the agreement for the two to make sounds together in his honor.

The song titles stem from mutual memories and inside terminology of places and childhood experiences Mika Vainio and Petri Viitala shared growing up together in Turku, Finland. Shukla and Viitala quickly utilized the efficiency of the internet and agreed to work overseas to complete this mutual effort. Viitala included saxophone tracks as his main source material but also sent field recordings of natural elements such as the sound of splashing water, stones, branches, birds and chirping crickets, which he had fittingly recorded at various islands in an archipelago along the shores of Turku, Finland, Mika's former hometown. Shukla contributed electronics and processed and arranged everything with input from Viitala. Both committed to channeling sounds with the intention of Vainio in mind and 'Sisiliskopäiväkirjat' is the end result of that. The entire record is a joint collaboration in the spirit of experimentation while improving on the usage of sounds and their textures, but also the 'rejection' involved of eliminating parts that didn't work. This production and editing process is one Vainio would employ himself and can be heard not only in his recordings alongside Ilpo Väisänen in PAN SONIC, solo, Ø, collaboratively or under any of the many guises he would go by, but in his live work and installations where his sounds were utilised as well. Overall, this record is not an attempt at imitating Mika Vainio but rather an homage and sonic eulogy to Vainio as a friend, a mentor and moreover a nod to him as an inimitable master of sound; one that disappeared from this world quickly while leaving behind a legacy of inspiration.

All photos by Petri Viitala, all graphics by Chandra Shukla, photos included on the physical copy of Mika, by Antti Viitala

XAMBUCA does not really exist in the material space time continuum. Instead, XAMBUCA conceptually feeds on the subconscious figment of a host's imagination; a host that has a tendency to encounter its name or symbols in passing by mere coincidence.

Bandcamp Daily  your guide to the world of Bandcamp

Bonobo stops by to talk about his new record Fragments